A staff shortage has restricted services at SUNY Downstate Medical Center in Brooklyn, an unintended result of New York’s COVID-19 vaccine mandate for workers in hospitals and nursing homes.

Since the requirement went into effect on Monday, the hospital has had to postpone radiology appointments and cancel elective Caesarean sections and inductions for pregnant patients, according to a spokesperson for the hospital, also known as name of SUNY Downstate Health Sciences University.

The medical center has also moved outpatient surgeries from its Bay Ridge campus to its main campus at Prospect Lefferts Gardens. SUNY Downstate encompasses a collection of schools for the health professions and Brooklyn University Hospital.

Unions representing SUNY Downstate employees say the hospital was experiencing staffing issues before the mandate and did not do enough to retain staff or fill vacancies during the pandemic. After the mandate came into effect on Monday, the hospital took 221 unvaccinated employees on leave, or about 5.5% of its roughly 3,980 employees.

That number represents about one in 18 staff and is fluid as many employees choose to get vaccinated at the last minute to keep their jobs, a hospital spokesperson said.

“We continue to work with unvaccinated staff to encourage them to get vaccinated,” the spokesperson added.

SUNY hospitals are state-run and last week Governor Kathy Hochul announced an increase in overtime pay at facilities before the mandate goes into effect. Some staff at Upstate University Hospital in Syracuse, Stony Brook University Hospital in Long Island, and Downstate will receive 2.5 times their regular salary for overtime until the end of 2021, rather than the typical rate hike of 1.5. Critics say such a move is not enough to remedy the decline in staff.

“You can’t get away with overtime,” said Wayne Spence, president of the Federation of Public Employees, which represents nurses at SUNY hospitals. He estimated that around 90 nurses were taken off duty. A spokesperson for SUNY Downstate disagreed with the number but did not offer a replacement.

“You can’t do that many triples [triple shifts] before fatigue sets in, ”Spence said. He added that more staff than usual are already working overtime at the hospital because employees have quit or retired in recent months.

A nurse who works at the hospital said staff have been hit hard by the pandemic, especially as Downstate was designated as a COVID-19-only facility between March and June 2020. They said the team had never received a risk premium during the worst times of the pandemic, a common practice in other hospitals. Their supervisor retired, and others left without being replaced, doing more work for those who stayed.

“People are so busy and trying to cover so many bases with not enough staff,” said the nurse, who asked that their name not be released for fear of reprisal.

Asked about efforts to retain staff, a spokesperson for SUNY Downstate noted that the state has approved wage increases for people working at Downstate due to the higher cost of living in New York City and that the hospital is in the process of implementing this change, as well as more overtime pay.

Spence said he had also heard of service cuts elsewhere in the SUNY hospital system. The Syracuse Northern State University Hospital postponed elective surgeries before Monday’s immunization deadline in anticipation of a staff shortage, a spokesperson said. It has closed more than half of its operating theaters, going from 35 to 13 in service.

“The upstate continues to assess personnel and will make operational and service changes as needed and will return to full service as things improve,” the spokesperson said.

Meanwhile, on Long Island, a representative from Stony Brook Teaching Hospital said it has so far had a 94.7% compliance rate and has suspended 133 unvaccinated employees.

“Stony Brook University Hospital has been open throughout the pandemic to serve the community and all services continue to operate as planned,” the spokesperson said.

A nurse manager at Stony Brook who asked not to be named said that in the units they oversee, the “vast majority of staff did the right thing” and got vaccinated, although the decision had an emotional impact on those who hesitated to do so. do it. They said they were given permission to speed up the hiring of permanent replacements for the handful of employees who have left and that the biggest hurdle is having more new employees who need to be trained.

During a COVID-19 press briefing on Thursday, Hochul said each hospital has its own emergency staffing plan that can be activated in the event of a shortage. “For some it means temporarily delaying some elective surgeries,” she said. “So, yes, I am aware that this is happening.” About 92% of hospital staff statewide complied with the warrant on Tuesday.

Governor Hochul said no hospitals had closed due to the resulting shortages and that a 24/7 operations center, run by the New State Department of Health York, monitors staffing trends.

“There are thousands of student nurses who could easily have been and still can be put in situations to supplement the help needed, as well as the people who have come forward to offer help,” Hochul said Thursday. .

To enable students, retirees and out-of-state professionals to practice medicine in New York City, the governor signed an executive decree on Monday who temporarily relaxed licensing and contracting rules during the staffing emergency.

“This has freed up more than 3,000 healthcare workers even in the upstate by removing the pre-authorization requirement for next month,” the governor said. “We do everything we can to make sure that we don’t run out of staff. “

Despite service cuts, fewer staff at Downstate were suspended during the tenure than expected. On Monday, hospital administrators told United University Professions (UUP), a union representing a range of clinical staff at SUNY hospitals, that around 175 members are expected to be disciplined and potentially fired over the course of their tenure, according to union president Fred Kowal. As of Wednesday, the number was only 75. It is not known whether any of those employees simply quit, Kowal said.

“We have no data to suggest an acceleration in retirements / resignations as a result of the tenure,” said the spokesperson for SUNY Downstate.

The number of unvaccinated staff at NYC Health + Hospitals rose from about 5,000 on Monday to just over 3,000 on Wednesday. About 500 of those taken off were nurses, but the public hospital system was able to recruit an equal number to fill the gap, said Dr Mitchell Katz, president of NYC Health + Hospitals. He said there would be no significant impact on hospital operations in general.

The Downstate nurse who said staff were overworked said she still supported the vaccine’s mandate.

“Some people have not been able to decide [whether to get vaccinated], and I think the warrant gave them a little kick in the butt to get out of the fence, ”she said.

This story has been updated with a statement from Upstate University Hospital in Syracuse. 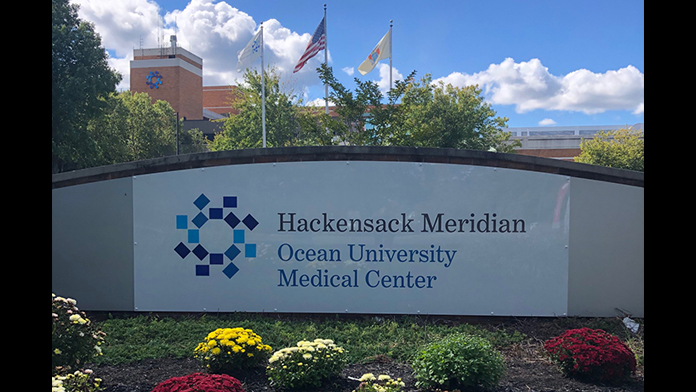